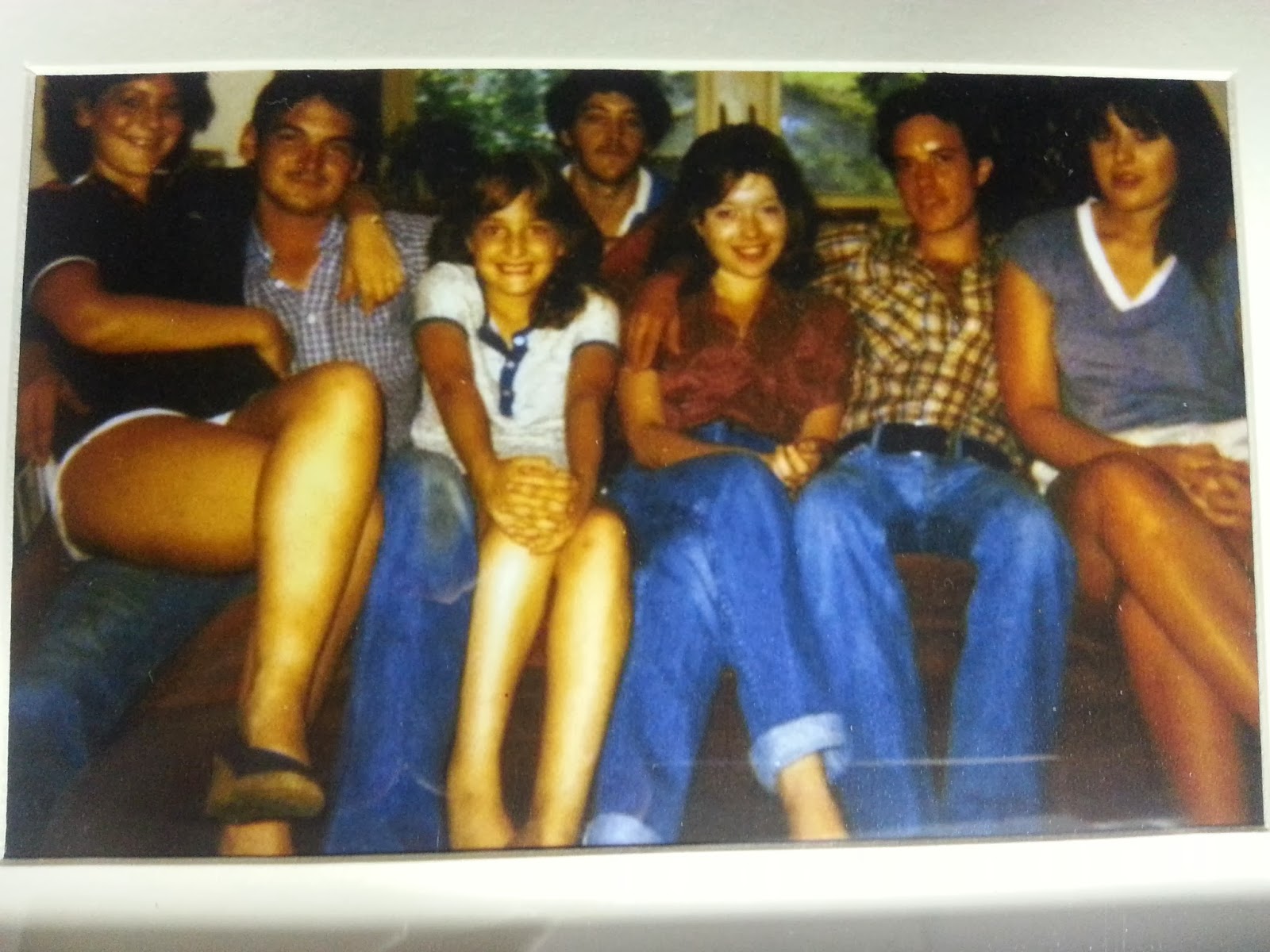 Can you spot me?

That one. Right there. The fat one. With the big hips.

I probably had a big meal on the day this photo was taken. I probably ate two pieces of bread on that day, instead of my usual, one. And washed it down with water - no lemon.

And after school, I usually walked the two miles home to burn extra calories, rather than ride the school bus.

I eventually got used to eating a cup of rice or so for dinner after I got off the phone with my nightly phone call from my boyfriend.

I was big-boned he said. With birthing hips.

My best friend's mother would remind me to stand up straight so people wouldn't notice my hips as much. Her husband would say how beautiful I would be if I could just lose some of those hips.


Sometimes when my father would introduce me to people he would retrieve a photo of his pride and joy from his wallet. Beaming and proud, he would say how impressed he was with his pride and joy, how beautiful she was, etc., all the while keeping me close to him as if at any moment, I was going to shake their hands. They assumed, of course, that he was going to show pictures of me.

When he finally revealed the well-worn, black and white photo, it was of a very unattractive old woman named Pride. Her sister was named Joy he would say, laughing.

I usually slipped back into the background after those types of introductions.

Next month I meeting someone very special.

For the first time.

Over the last year and a half, we've swapped photos, Skyped, sent videos and stalked each others' Facebook pages, trying so diligently to show who we really are to one another. The distance between us (several oceans, continents and time zones) has allowed us, or rather demanded, that we get to know each other from the inside out. And we are smitten with one another, talking on the phone at least three or four times a day. Every. single. Day.

He's much younger. And thin. By my standards.

He says he LOVES my curves, especially those hips.

I'm in love with that fabulous mind of his.

When we meet, I hope I have the courage to introduce myself, as MY pride and joy.

Have you spotted me yet?