In my late twenties I ended my "perfect" marriage after seven years of "blissful" union. It was bound to happen. We had our first date within days of meeting each other. He proposed ten days later. And we married less than two months later. We were together for seven years. Had I known him for six months, I would have never even been friends with him, much less married him. But it was what it was and appeared to be "perfectly" normal.

I hadn't told my family about my decision to leave Louisiana and move across the country to start all over again. And I certainly had not told them I was leaving my "perfect" husband. So, I went to work like everything was fine.

I had a relatively new boss at the time. His name was Jack Ferko. Nice enough, I just hadn't really had any time to get to know him yet. And now I was in the position of having to give him two weeks notice.

Having typed my resignation letter I asked to meet with him. He shut the door to his office and said, "You look serious. Is everything okay?"

I said, "Well, it's going to be. I'm giving my two weeks notice. But I can stay a little longer if you need me to."

"Why are you leaving?" he asked. "I haven't had time to get to know everyone here yet."

Jack replied, "You know, you don't seem like the impulsive type. You seem to be a planner. You know, the type that always seems to plan everything out."

"Can I talk you into staying?"

I really wasn't prepared to tell this stranger, my boss of all people, what my plans were.

And I started crying. And couldn't stop. Soon, I could even catch my breath.

Handing me tissue, Jack started talking about other things, his recent move to Louisiana to take this job, his family, his wife. He turned and picked up a photo of his wife.

"I was where you are now," he said. "I had to leave everything I knew. I had to get away, to get back to myself."

Or so he thought.

Someone had helped him at that turning point. Not really a friend, just someone he knew. An acquaintence.

That gesture was enough to help him catch his breath and leave.

That conversation with Jack helped me catch my breath. And I did leave.

Now, when I see someone, even a stranger, trying to catch their breath. I stop. And listen. And sometimes share a bit of me.

For in some small ways, I'm still catching my breath.
Posted by Unknown at 8:29 PM 1 comment: 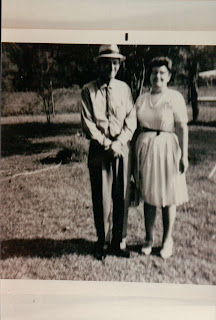 How does it feel to be 92 I asked my grandmother last week.

"No, but it helps to think that way, " she replies wisely.
Posted by Unknown at 11:04 PM No comments:

Those Kinds of Friends

I have a friend named Brenda. She is one of those kinds of friends that somehow knows when you need a little sunshine blown up your skirt. Somehow she knows when you are just a little lacking in confidence and walks your way to check on you.

She thinks about you alot, this friend of mine named Brenda. If she sees an interesting article or hears of a fantastic place to shop, she'll stop what's she's doing and call you and tell you about. She'll talk to you like she doesn't have all those other five million things waiting for her to finish.

This friend of mine can empathize, sympathize, listen, advise or just smile.

I'm a lucky girl, I am. And tomorrow I'm wearing my skirt!
Posted by Unknown at 10:58 PM No comments: 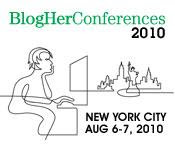 Wahoo! Only one more week until I'm headed to the BlogHer '10 Conference (http://www.blogher.com/) in New York.

I so need to get back to my passion - marketing and PR. And I know this conference will give me a huge boost.

What's keeping you from your passion?
Posted by Unknown at 8:01 PM No comments:

Today, climb every OTHER mountain.
Posted by Unknown at 6:31 PM 1 comment: 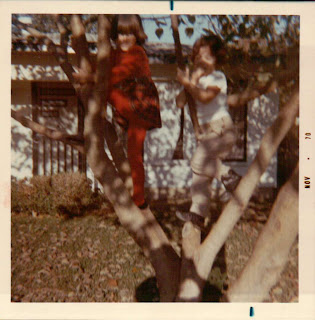 Note from present day self: Sweet, sweet Lisa, my little homebody. As much as you love traveling as an adult, you sure did miss home as a kid.
Posted by Unknown at 6:26 PM 1 comment: 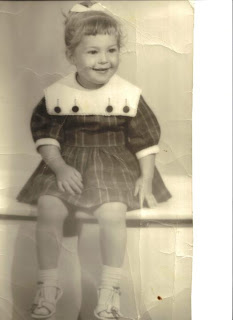 Note from present day self: Sweet, sweet Lisa, my little homebody. As much as you love traveling as an adult, you sure did miss home as a kid.
Posted by Unknown at 9:48 AM 2 comments: